The Intellectual Property Lawyers Network Japan (”IPLNET”) is a nationwide legal network established on April 8th, 2005 by a project of the Japan Federation of Bar Associations (“JFBA”). Its aim is to enhance the communication of Intellectual Property Law and improve the standard of legal services in relation to the same, which it endeavors to do by providing training, support, and information resources on IP related matters to lawyers and to other industry professionals.

Japanese court procedures are followed based on the three-trial system: fifty (50) district courts, eight (8) high courts and the Supreme Court. However, district courts other than the Tokyo and Osaka District Courts have no jurisdiction for cases on patents, utility model layout-designs of semiconductor integrated circuits and computer program works.

Meanwhile, legal needs on IP issues arise throughout Japan, local IP lawyers are needed to advise, represent, and settle such matters within their own jurisdiction. This is where the IPLNET was established as a network of lawyers around the country who can share their knowledge and experience of IP related issues, with other lawyers who wish to gain experience in the field, and by providing a forum for lawyers in the field to support each other and to exchange professional views.

Therefore, it is important for the IPLNET to be able to efficiently communicate, train and provide essential information on Intellectual Property related issues to lawyers and other industry professionals throughout Japan. This has become a stable & reliable framework for improving professional legal services in this area of law.

Today, over 1,000 lawyers are participating in IPLNET, and many activities are conducted through it, and its eight local divisions (Hokkaido, Tohoku, Kanto-Koshinetsu, Chubu, Kinki, Chugoku, Shikoku, and Kyusyu-Okinawa) which is corresponding to the locations of eight High Courts. The eight local divisions play important roles to train the IP professionals and make it possible for IPLNET to make immediate response to the demand for the legal assistance on IP related matters scattered all over the country.

IPLENT has been developing a variety of international activities such as training IP lawyers who can also deal with international cases, and contributing to development of IP legal system through the interchange and discussion with the lawyers and judges from other countries such by co-hosting, along with JFBA, the Joint Juridical Conference on Japan and the U.S. Intellectual Property in 2011 and the seminar on the European Unified Patent Court System.

In addition, IPLNET which cerebrates 10th anniversary next year will jointly host, with Intellectual Property High Court, the symposium in which the IP judges from no less than five (5) countries have the panel discussion on the specific IP related issues in each country.

IPLNET Japan consists of more than 1,000 members, and has nearly seventy (70) directors elected from all the 47 prefectures, two (2) auditors, and over ten (10) secretariats, who are all Japanese IP lawyers. The major management of IPLNET Japan as of June 11, 2014, and its eight (8) local divisions are as follows; 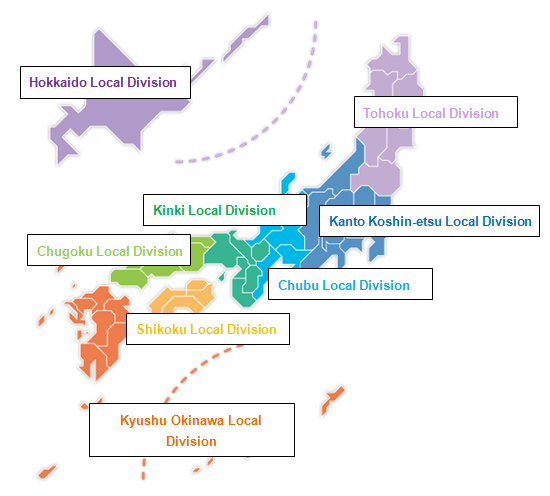 If you have any question or interests in IPLNET Japan, please contact Ms. Izumi Hayashi, Senior Director of IPLNET Japan (izumi.hayashi@sakurazakalaw.tokyo).